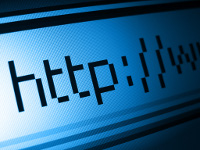 The Day the ‘Net Fought Back

Remember when Ralphie beat the crap out of Scut Farkus in A Christmas Story? It sort of felt like that.

By 1:00 AM on Wednesday, January 18th, 3.03% of all tweets contained “SOPA” in one form or another, up from 0.16% on Tuesday (and 0.04% on Sunday) during the same hour. Reddit locked up its doors, Wikipedia turned off its lights, and Google’s plastered a horrid, black square over its logo. Many other websites and blogs, by some estimates up to 50,000 of them, followed suit. Suddenly, two bills that a day before very few people even knew about, everyone was talking about.

Traditional news outlets, most of them big supporters of the SOPA and PIPA bills who had been keeping quiet, were forced to start talking about them. Sponsors in both the House and Senate started pulling their support. According to a tweet from Jimmy Wales, Wikipedia founder, the House of Representative phone system went down under the strain of people calling in to express their opposition. “…the campaign is working…” he said. “Melt the phones!”

All of the sudden, everyone cared.

It was the first time that “the geek” stood up to it’s older, bully brother, and all his big, ugly friends. It was just one wet willie from Sony, one swirlie from NBC Universal, and one sucker punch from CBS too many. January 18th, 2012 was the day the Internet community finally punched back. Watching the news come through the day was an amazing, and I’m don’t think I’ll ever forget it. Today, we finally did something. Today, we whipped the bully.

But, unlike Ralphie’s tussle with Scut Farkus, one good butt whipping isn’t going to be the end of this fight. It looks like the bills, in their current versions, now have drawn enough attention that the lawmakers will have to reign in the powers they intended to give to these proposed laws. There will, however, be new versions, but we have to make sure we get these laws right. Today was a great example of how free speech is too important to screw up.

The piracy of music and movies must be stopped, but not at the expense of a free and open Internet. Under no circumstances should the United States employ the same tactics as China by placing a wall around our little corner of the ‘net.

The word is now out. Continue to read up on SOPA and PIPA. Keep yourself educated. Make sure you know who represents you in Washington, and what their phone number is. We may have to melt the phones a few more times down the road, and it may have to be soon.