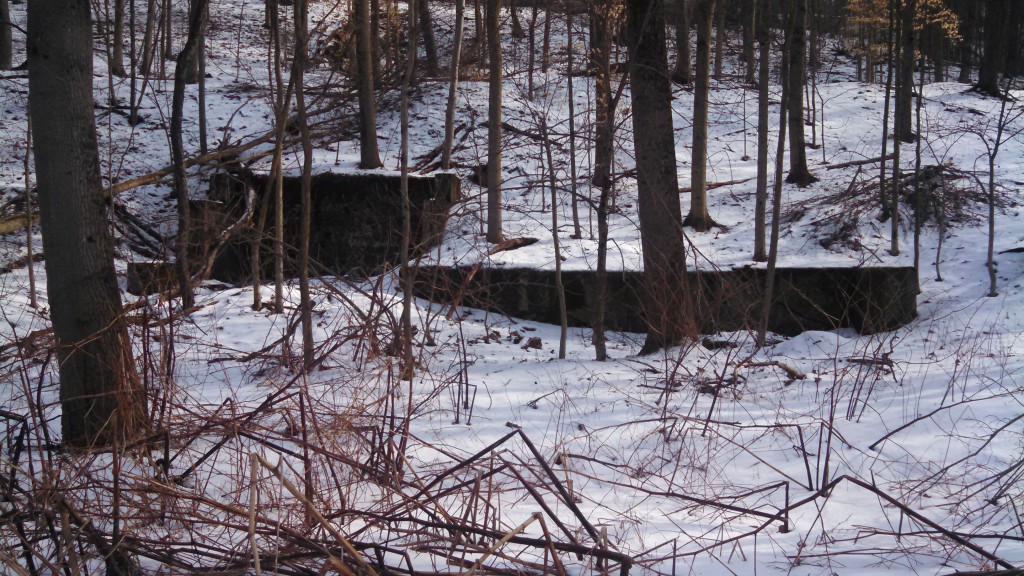 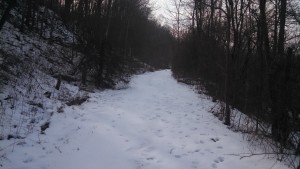 The only problem is, I love running in the snow.

First off, it’s just pretty. Everything has a little white toupee on it. Except the ground, of course, which has on a big white blanket. Everything looks familiar, but strange. If you have right running spot, or are really eager, you get to be the first person putting down tracks.

And it’s hard work. Every step is an adventure, because you’re just always a second away from having your feet slide out from under you, and if the snow is a little crusty, you never know just how far your foot is going to sink into it before it finds something solid to push-off on. In that way, it’s like running on a sandy beach. (In every other way, it’s exactly not like running on the beach.) With every step being a struggle just to stay vertical, snow makes you check your pace-minding lizard brain’s ego and focus on the effort.

Today was a great day to start training for the year, because it was about 40º outside, so close to being warm enough to wear shorts, and there was a nice layer of snow covering the old railroad tracks between Barnesville and Baileys Mills. I knew I wouldn’t be the first set of tracks, but there wouldn’t be many.

Out the door, and into the woods.

The plan was to take a six-mile run, with the three out miles (all of which are downhill) being at a leisurely pace, and the three in miles (all uphill, naturally) at a half marathon effort. Plans changed quickly, though, when the ‘leisurely’ pace of 10:15 for the first mile had me puffing like steam engine. Four inches of crusty snow were having its way with me. Egos were checked, executive decisions were made, and the out section became the hard effort portion, finished at an average pace of 10:31 and feeling hard-worked, but great. No problem, turn around, and ease your way home.

Mile four? 13:08 and swearing off running for the rest of my life. Mile five? 13:38 and wondering if this hill is ever going to end. Mile six checked in at a trudging 14:06, for a section average of 13:37, and an overall run average of 12:04. Legs ached, lungs burned, and despite my best efforts, egos were a bit bruised.

But running is like that, sometimes. “Man, it feels so good to be training again!” can quickly turn into “what in the name of everything holy am I doing?” You keep pushing, you keep grinding, and you keep looking for the little wins. Today, that win came in looking back to the first training session of last year.

February 4th, 2014: 5 miles, 12:08 average pace. A mile shorter, and four seconds per mile slower, than today’s run. And just like that, it suddenly felt good to be training again.

I’m still getting together my racing schedule for the year, but I know that I’m going to do the Ogden Half Marathon Classic in Wheeling, West Virginia again this year. The 29th Street Hill is a bit like fighting a kraken: it is a two-mile, 600-foot climb that never seems to end. (Seriously, go over to halfmarathon.net and check out the elevation profile. It’s a monster.) To say that the climb absolutely stinks is like saying that a giraffe is a bit tall, but the crowd at the top in Bethlehem makes it worth while. Those people are awesome.

I’m also planning on tackling the Columbus Marathon again in the fall. Arch City kicked me squarely in the hindquarters last year, and yet it was such an amazing experience that I still haven’t been able to put it into words. Maybe some day.