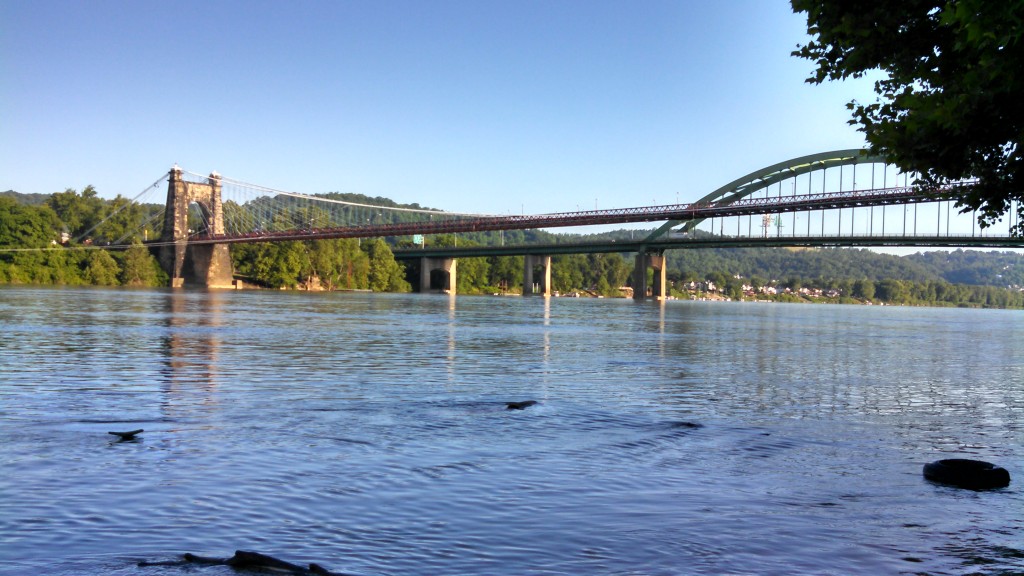 (or “How I Learned to Stop Worrying and Love the Run”) 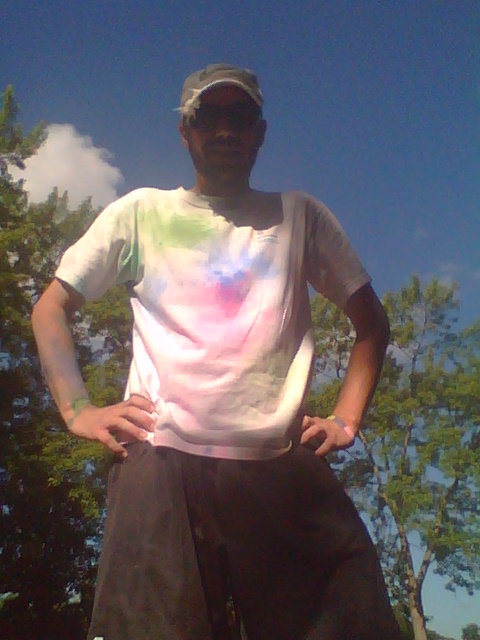 I stood there in complete disbelief. My throat felt dry; my palms felt slightly sweaty; I’m not even sure I was blinking.

This couldn’t be happening. I tried again to plug my headphones into my cell phone’s jack, and yet again it didn’t go all the way in. I pushed a little harder: nothing. A bit more. I took it all the way out and blew into the jack like it was 1987 and that little black phone was a Nintendo cartridge (although I’m not entirely sure what I thought that was going to do), and still the plug stopped short about a quarter of an inch. No, no, no, no, NO! Next thing I know I’m standing over the phone aiming a hammer at the point that would jam that puppy home for sure. Thank goodness for a moment of clarity that prevented me swinging that beast.

A little background. It was Friday, and I was getting ready for a little shake out run before the Color Me Au-Some 5K Color Run today. Having just finished up the Ogden Half Marathon and not quite ready to start training for Columbus Marathon, I had a few weeks of down time and felt like pushing my pace a bit, running a fun 5K, maybe even setting a personal record in the mean time. The last couple weeks of training had felt great, legs had been rested, and when I woke up on Friday, I felt like nothing could stop me from a PR in Wheeling.

And then, the Headphone Jack Incident.

There are runners that never look at a watch when they are running and just listen to their body to set the pace. Others check their time by the mile. And then there’s me: ear buds in the ears, cell phone in the running belt, an update every minute with current pace, split pace, overall pace, total distance, and total time. Music is specifically chosen for a consistent beats per minute that closely matches my running cadence. Yea, I’m That Guy. I’m fine with being That Guy. I run for me, and that’s the way I like it. I like the feedback, and it’s basically the only time I ever listen to music.

So, there I stood, feeling lost, alone. There was no way I could get the headphone jack fixed in 24 hours. I would have to tackle the 3.1 miles all by my lonesome. No music. No pace feedback. I went out for my shake out run discouraged. In ten minutes I had went from knowing I was just a day away from the best run of my life to not knowing how I would even get through it. Running is therapeutic though, and by the end, I felt pretty good again. Or, at least like I was only missing one shoe instead of both.

I arrived in Wheeling this morning about an hour before the race. I like to get to races early, get my packet picked up, and have plenty of time to get warmed up. After going through my usual routine, I felt good. Really good, actually. “You were just being silly,” I told myself as I stood waiting for the race to start. “You don’t need the constant feedback or the music. You’ve worked hard. You have this. Let’s go set a PR.”

I was shocked by how many people were at this event. It was, indeed, Au-Some. A friend that works for the Augusta Levy Learning Center (the group that put on the race as a fund-raiser) told me that they had over 800 pre-register, and they had around 200 extra show up today. There were people everywhere. It made for a pretty slow first quarter of a mile, but we spread out soon enough and I was feeling great. As I started getting closer to where I knew the first mile post had to be I started guessing at my pace. It felt fast enough, felt right, but I just didn’t know. I really started missing that almost constant feedback. We rounded a corner and I saw the first mile mark. The clock said 8:00. That’ll work; a little slower than I need to average, but I can make up those seconds now that I have some room.

Wait, that doesn’t say 8:00. It says 9:00. 9:00? Really, are you kidding me, 9:00?!? [1] I did some quick math and guessed that, in order to PR, I’d have to run around a 7:20 pace for the next 2.1 miles. “I can’t do that,” I told myself. “No way. I knew I needed my headphones! I would have known earlier how off the pace I was.” Just like that, 1/3 of the way into the run, my chance at a PR was gone. All this was running through my mind in the block an a half between the mile mark and the top of the Wheeling Suspension Bridge. Still feeling a bit sorry of myself, I started looking around.

Sunny. 65 degrees. Very slight breeze. Running across the Wheeling Suspension Bridge, looking down on the Ohio River. Half-covered in dried, pink paint. Running in a race to help raise money that goes to help others, a race to which I was able to donate a door prize. Suddenly, I realized just how unimportant that 9:00 on that clock was. I love the run, so let’s just run.

Across the bridge, down the island, and around Wheeling Island Stadium. Next thing I know, I’m coming up to the two mile mark. I heard the lady there say, “…and 55 seconds.” Did she say 17:55? That’d be OK. Not quite the pace I wanted to run, but a decent recovery after a bad start, and who cares about that time on the clock anyway. I’m running. “16 minutes.”

I took inventory. I was pretty gassed at this point; 7:00 isn’t my usual mile pace. I still had to run back up the suspension bridge; I never realized how steep that bridge is. I knew I still wasn’t going to set a personal record, but I felt way different about it at mile 2. At least I came back strong. And I love the run. Just run.

Back up the island, back up the bridge, and back down the hill into downtown Wheeling. My legs were burning, my lungs felt like pin cushions, and I was smiling like the Cheshire Cat as I turned and headed toward the finish line. Once I could read the time on the clock, it said 24:00. My PR for a 5K is 24:24.

I’m not speeding up. Come on, legs. I know you hurt, but everything else hurts, too, and I need you right now. Get on the hop, we got some running still to do. Legs?

I crossed the line at 24:32. The legs had nothing left to give. The tank was completely empty. No PR. Missed it by 8 seconds. It didn’t take me 8 seconds to get to the start line, right? I wasn’t that far back. No way.

(Before you read the next part, go ahead and start the video. Listen to the music; let it breathe. Then read on below.)

I guessed at the mile 1 mark that I needed to be close to a 7:20 pace to give myself a shot at a PR, and I told myself it wasn’t possible. Then I messed around and ran a 7:21 pace for the rest of the race, and improved my PR by 3 seconds. Without headsets, and without pace updates every minute. All I did was look around and love the run.

I now have a week of recovery planned before I start training for Columbus. [2] And, in the interest of full disclosure, there is a bluetooth headset on the way to replace the wired one that will no longer work, but it’s more for the music than it is the pace updates. I’ll still set the app to tell me the paces so that I can train effectively, but just not quite so often.

For those who helped put on the Color Me Au-Some 5K today, outstanding work. It was an absolute blast. Well organized, especially considering it was a first year event. I’m stained the wrong color in several places, including a blue wrist, a pink stomach, and a green armpit, but I can’t wait until next year.

2. Don’t forget that I’m a Children’s Champion for the Columbus Marathon, and I’m trying to raise money for the Nationwide Children’s Hospital. If you would like to help out and donate to the hospital, you can over on my fund-raising page. Go Back